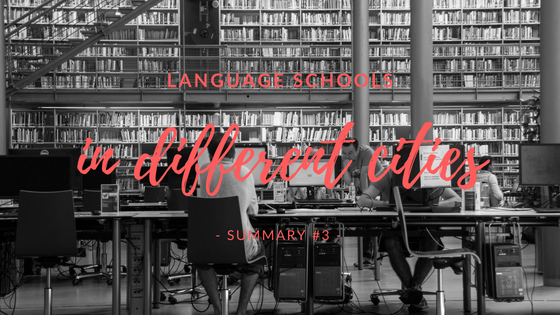 Every month we present different cities with language schools. We already wrote two summaries about that, which you could read here: summary #1 and summary #2. But there are a lot more cities all over the world where you can go to attend a language course and to improve your language skills.

Johannesburg is the largest city in South Africa and is located in the Witwatersrand. The city is known for its museums, theatres and libraries which offers you a lot of culture. In addition, you could also visit the Zoo of Johannesburg or the Lion Park to get in touch with the African lifestyle.

Bologna is a UNESCO “City of music” (in 2006) and is the capital of the regio Emilia-Romagna in Italy. The most Italians say that Bologna is the best city to live. On the one hand you have the culinary aspect and on the other hand you have a lot of culture to enjoy in your freetime.

The largest city in Cuba is Havana which has about 2.1 million inhabitants. There you have the possibility to explore the history, the culture, the monuments and the architecture, but also to get in touch with the tropical climate which is normal in the Caribbean region. In addition, Old Havana is UNESCO World Heritage.

Liverpool has more than 2 million inhabitants and is in the North West England. The city is famous for The Beatles, but also for the two football clubs Liverpool and Eyerton. If you like to get in touch with culture, you should visit the city centre: parts of it were granted World Heritage Site status by the UNESCO.

The capital of the United Kingdom is London which is known for arts, commerce, fashion and tourism. But the most interesting aspect is that it is the most populous city of England where more than 300 languages are spoken. But you can also visit the four World Heritage Sites of the city: the Tower of London, the Kew Gardens, the Westminster Abbey and the St. Margaret’s Church.

The London School of English
ME languages
St Giles