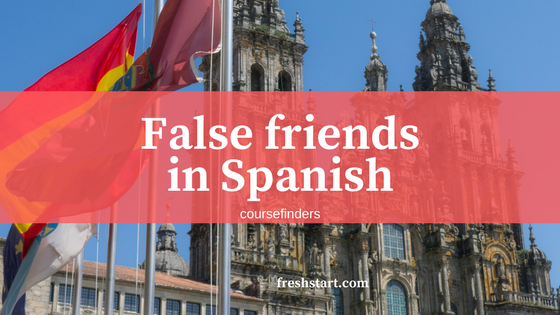 Learning a foreign language means to get in touch with difficult words or false friends. A false friend is known by every language learner and could be described as a word which is frequently confused with a word in another language. The reason for that phenonmenon is that these two words sound or look similar, although they have a different meaning.

In addition there are false friends in nearly every language. Here are some articles you could read:

But which false friends do we have in Spanish?

If you want to learn more false friends in Spanish, check our language schools here.