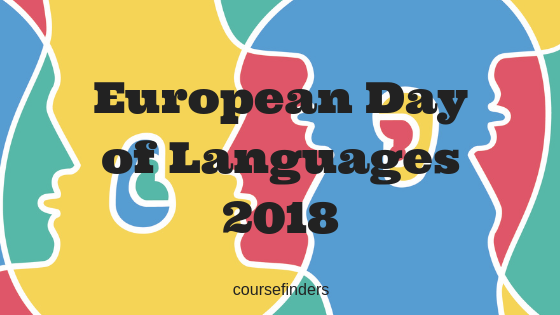 Today is the European Day of Languages and it is celebrated to show everybody that language skills are a necessity and a right for everyone.

But what is the EDL exactly?

In general, everyone can get involved. Here are some ideas:

Pupils and students can get involved in the European Day of Languages to learn more about language diversity. They can – for example – take part in online activities, like quizes or games. But they can also plan an event to promote the various languages.

Teachers can talk about other cultures, traditions and languages which are not presented in the classroom. So they have the possibility to promote language diversity and to promote the students’ creative talents.

Universities and schools can be used as a place where people from different countries meet, live and interact. They can also organise events to get together and to celebrate language diversity.

But that’s the most important thing: Really everyone can get involved in the European Day of Languages. If you want to celebrate the important day, you can decorate the house, invite friends and spend an international day together.

Other possibilities to be a part of it

Of course, there are also other possibilities to take part. You can find more than 500 events about language all over the world. Here are only a few ones:

In the United Kingdom:

Say it with a cake!
Similarities and differences between Spanish, French and Italian
Exploring languages
The Sign Languages of Europe

There are a lot more events which you can find here: Events of the EDL. In addition, they also have Online events, like the following ones:

Languages Day – Diversity Week
Parents, your languages are a chance
Dialects as the cultural heritage
Sport and EDL

Things you could do to be part of the EDL

If you also want to be a part of the European Day of Languages 2018, you have different possibilities: Check the website and look for an event in your hometown or in your country (some of them are also on the weekend) or start learning a foreign language today.

We could help you to find the perfect language school for you and to have a wonderful time in another country. Just try it and celebrate the European Day of Languages in your own way!